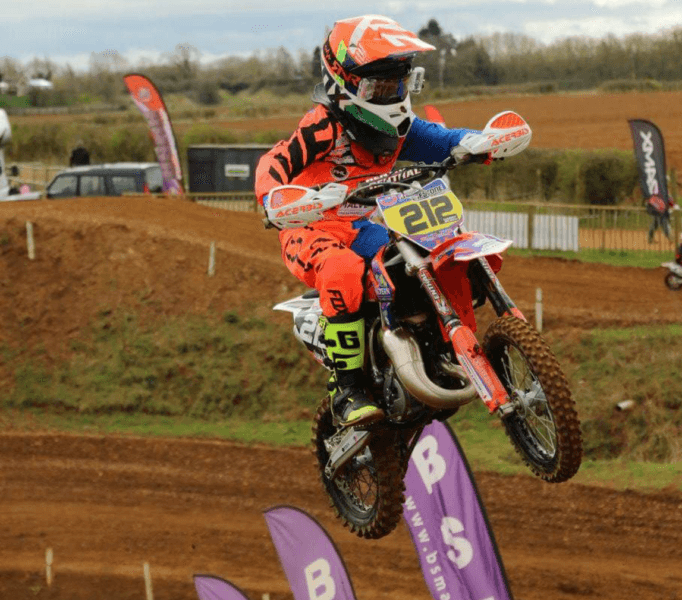 Leading radiator manufacturer Stelrad has added its support to the efforts of young motor cyclist Harry Beach from the West Midlands. Harry is the ripe old age of 10 and rides a 2016 KTM 65sx motorcross bike and has been having some significant success this year.

During the winter of 2016-17, Harry won the Wilden Mx 65cc experts championship, which was a massive boost for him coming into the 2017 club and national competition season.

Harry is currently in 3rd place after 4 rounds of the 10 round BSMA Warley Wasps Club Championship, with a first place and two third places to his name and one where he finished 20th but did end up in hospital and on crutches for a week due to a bad accident during the race! But true to form he was back on his feet shortly afterwards and back in the saddle to come third against tough opposition as he got over the accident in his previous race.

He’s also currently in 8th position after two rounds of the 6 round BSMA Bridgestone National Championship, having participated at tracks in Oxfordshire and Doncaster so far. He is looking to compete in the MX Master Kids competition in Veerdun in France later in the year with over 700 riders from the age of 6 up to the age of 18.

Mark Currie is Stelrad’s Regional Sales Director – Central Division: “Harry’s dad is Steve Beach, Commercial Manager at Taylor Wimpey in Solihull and he asked me if I thought we could support Harry’s exploits. We were delighted to join his long list of sponsors to help keep Harry on the bike and travelling the often extensive mileage needed to participate in this sport. He’s doing remarkably well and clearly has a very competitive edge at his tender age and looks likely to go far in his chosen sport!”

“Harry and I are very grateful to Stelrad for their support,” says dad Steve Beach. “It’s not a cheap sport to finance and its essential that you are able to attract sponsorship to enable you to continue to progress in this sport. Harry’s continuing success is due in no small way to the support of all our sponsors and we’re looking forward to developing a strong on-going relationship with Stelrad as Harry progresses through the age groups.”

Things don’t stand still in this sport. Harry’s a growing lad and it looks like he will need to move up a class a year early for next season to a small wheel 85cc class as he is out growing his current bike.