Do You Take Your Radiators for Granted? 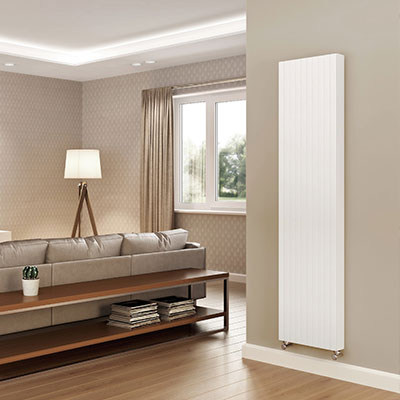 Home > Blogs > Do You Take Your Radiators for Granted?

With all the latest talk about creating your own designer heating system and making style statements with your new radiator, we often forget it’s primary use.  Radiators provide a vital function that helps to keep your family and your home warm and toasty.

Radiators are now a staple feature in almost every modern home.  Whether they’re kicking out heat, warming our feet, drying clothes or keeping us toasty on a cold winter’s night, your heating system is super important.

Nowadays, you can even enjoy heating systems that have the ability to learn how warm we like to be and when we will get home. But, do you know who’s responsible for coming up with the idea of the radiator?

As a nation, the UK now boasts around 190 million radiators.  Here we’ll take a look at how we came to rely on radiators for comfort, warmth and even style.

A Brief History of Radiators

Heating has slowly evolved over time and has become unrecognisable since the days of our cave-dwelling ancestors.  The Romans can be credited with one of the earliest forms of central heating with their invention of the hypocaust.  This early home heating technique was used for heating bath houses and other buildings.  The warmth passed under rooms that required heating.  This system required constant attention.

Once the technology for maintaining steam generation became possible, a steady stream of buildings using steam heating began to appear.  This idea became a reality when Matthew Boulton and James Watt had heating systems installed in their properties at the end of the 18th century.

The mattress radiator – made famous by Stephen Gold – was used continuously for over 50 years following its creation in 1854.  A number of these early incarnations have hugely elaborate designs.

The most important period of development for the radiator is the Victorian era.  This is when radiators became more than just ‘hot boxes’.  The took on a decorative element and could easily transform the way a room looks.

The latest trend for restoring period properties and merging modern interiors with traditional styling has seen a lot of people embrace older styles.  This includes restoring old radiators and investing in modern radiator systems with a twist.

With new and improved designs and contemporary materials, we’re sure there will always be a spot on the wall for the humble ‘hot box’.

Does your home have a traditional radiator system?  Are you unsure about whether to replace your cast iron radiators with newer modern designs?  Let us know in the comments below.